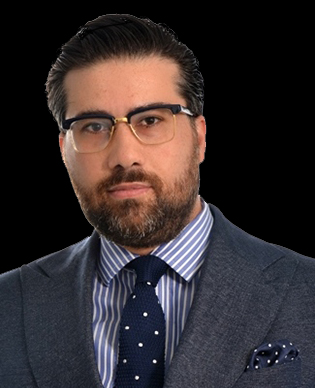 Sam Sasan Shoamanesh is the Senior Special Assistant to the Prosecutor of the International Criminal Court (“ICC”), having assumed this post in September 2013. As an attorney specialized in international law, he has served the ICC since 2005 in different capacities. He has also worked for a number of other international judicial bodies, including the UN International Criminal Tribunal for the former Yugoslavia and the International Court of Justice. In 2011, he initiated and co-organized the first regional diplomatic conference on the ICC in the Middle East, hosted in Doha, in cooperation with the League of Arab States and the government of Qatar. He also serves as the Vice-President of the Institute for 21st Century Questions and Managing Editor of Global Brief magazine.

Shoamanesh has held several international consultancies and has published widely, with a particular focus on the Middle East. In addition to book chapters, his writings have appeared in Al Jazeera, Al-Monitor, An-Nahar (Arabic), the Harvard International Review, The Globe & Mail and the Huffington Post.

Shoamanesh is an inaugural member of the Council of Advisers to the Global Institute for the Prevention of Aggression. He is the recipient of the 2012 Arthur C. Helton Fellowship, awarded by the American Society of International Law, as well as the 2012 l’Ordre du mérite, the highest distinction awarded to alumni by the Civil Law Section of the Faculty of Law, University of Ottawa.

He holds degrees in political science from York University, an LLB (Common Law) and LLL (Civil Law) from the Faculty of Law, University of Ottawa, as well as a Master of the Science of Law (JSM) from Stanford Law School. He has also been trained in international law, diplomacy and negotiations at, amongst others, the École nationale d’administration (Paris), Harvard Law School, the University of Oxford, the Jordan Institute of Diplomacy and The Hague Academy of International Law.