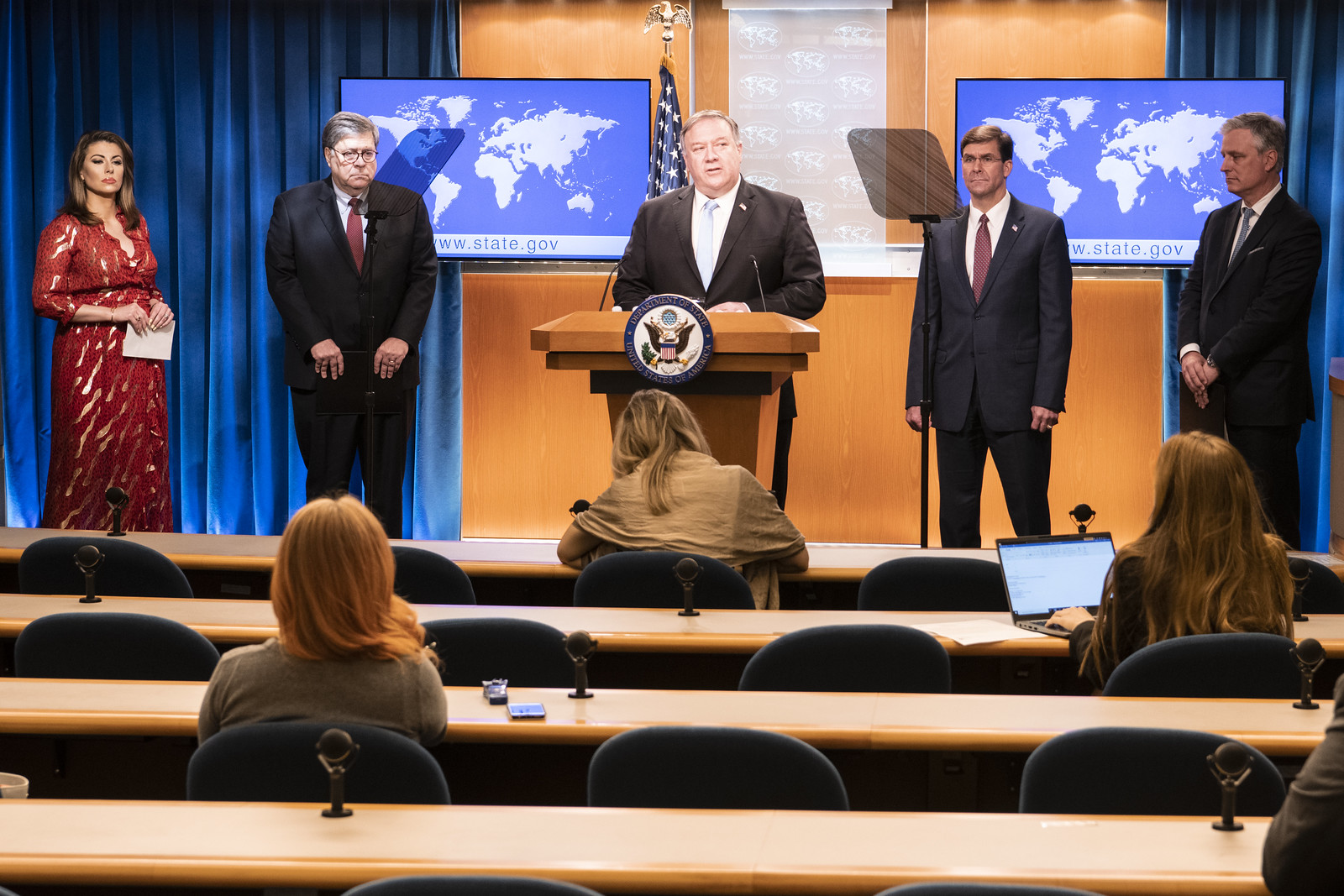 Washington, DC - In response to the United States’ June 11, 2020 “Executive Order on Blocking Property Of Certain Persons Associated With The International Criminal Court” and previous policy statements attacking the independence of the International Criminal Court, many members of the ICC Project’s Board of Advisors wrote analyses, made recommendations, and shared their perspectives on the executive order and its potential impact on the ICC, its staff, and other individuals or organizations who support the Court’s work (potentially including US citizens and organizations). Their varied articles reflect research, expertise and previous work in academia, government, the military, and international criminal tribunals. Comments highlight the policies’ impact on the historical leadership role the United States has played in supporting justice and accountability for atrocity crimes.

In addition to the individual views and open letter listed below, groups of ICC States Parties, civil society organizations, and bar associations (including the American Bar Association) have also issued public statements expressing concern or opposition to the executive order, including its attempt to sanction legal professionals for doing their jobs as part of an independent judicial institution.

Gen. Wesley K. Clark, The United States has Nothing to Fear from the ICC, Foreign Policy (July 2, 2020)

David Crane, The Wrong Side of History—The United States and the International Criminal Court, Jurist (June 13, 2020)

Leila Sadat, First They Came for Me and My Colleagues: the U.S. Attack on the Int’l Criminal Court, Just Security (June 29, 2020)

Statement of Lawyers and Legal Scholars Against U.S. Sanctions on ICC Investigators of Atrocities

Many ICC Project board members also contributed to and chose to sign (in their personal capacities) an open letter from 188 scholars, lawyers, diplomats, civil servants and national security professionals urging President Trump to rescind Executive Order 13928. Signatories wrote that they “share the conviction that sanctioning ICC lawyers for carrying out their responsibilities to investigate atrocities is wrong in principle, contrary to American values, and prejudicial to U.S. national security.” Acknowledging a diversity of views on the ICC and the investigation of the situation in Afghanistan, the letter said that “sanctioning ICC lawyers is also contrary to our longstanding national commitment to human rights, the rule of law, and accountability for those who commit atrocities,” noting that these actions undermine the legitimacy of sanctions used in other contexts, and impact US credibility in its support for accountability in other atrocity situations. The letter was posted both in the Washington Post and Opinio Juris.

Note: Comments collected above represent the views of the authors in their personal capacities. For a list of ABA policies related to the International Criminal Court, see the ICC Project’s website.

Part of the Atrocity Crimes Initiative, the International Criminal Court (ICC) Project is an independent initiative of the ABA Center for Human Rights and Criminal Justice Section that advances international criminal justice and US-ICC relations through advocacy, education and practical legal assistance. For more information about the ICC Project, visit its website.

"[T]he existence of tribunals to help enforce international law is an asset to U.S. security. Americans should continue to protect U.S. service members with a firm commitment to international law. And when Americans’ actions are scrutinized, the U.S. government should have the confidence to react in a way that preserves the benefits of these institutions, protects U.S. personnel, and does justice to American values."